We have a full range of loan products and unparalleled, personalized client care! But those are only two of the 100 reasons you should choose Medical School Loans to finance your education. Read more about how Medical School Loans can help you in ways that no other student loan company can. 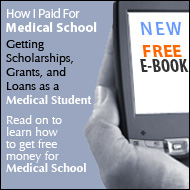